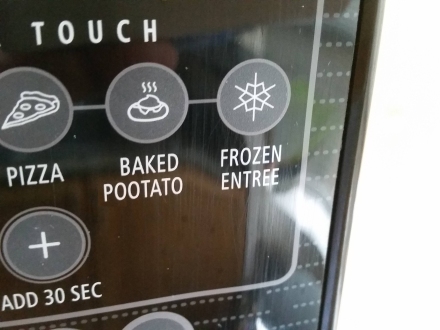 I recently got a new microwave oven in my apartment after the old unit gave up the ghost. I wasn’t a big fan of how terrible the controls were on that thing, and the newer “better” model has an even worse interface. I began reading up on this online, and I saw some very good points being raised in various discussions.

First I came across the post “Why do most microwaves have such a terrible user interface?“. It does a good job of stating the problem. To summarize:

The blog post gives plenty of examples of good and bad user interfaces, which I suggest you should look at. The blog seems to suggest that the old system of having analog dials was much more elegant and simple. I also agree with the fact that a lot of the buttons on microwave ovens these days are superfluous and the most frequently used functions are very few. The writers argue that the rotary dials solve the problems of too many features confusing the user, and the lack of tactile feedback. 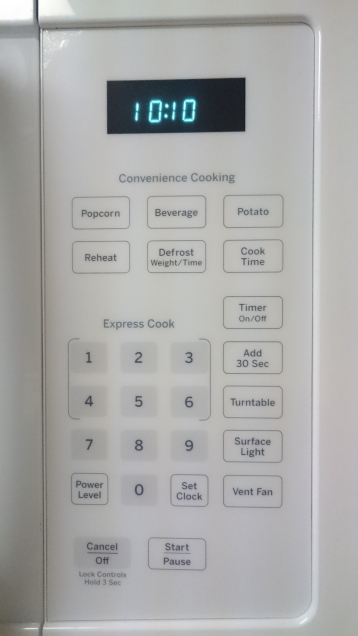 A valid counter-argument towards having few buttons and/or dials, is that while they make the interface more simple and elegant, it may come at the cost of appearing to be too simple. “What if the user does not buy the product, if he/she perceives the product as not having as many features as the other microwave ovens out there?”. That is, feature discover-ability. Marketing teams and Engineers come up with and implement various ideas, to make their product seem unique, as they are all vying for the attention of prospective customers.

Another point to be noted, is that there is often a difference between what a user says they want, versus what they actually look for while buying a product. Sure, people may say that they prefer to have simple and elegant user interfaces for their appliances, but when it comes to making a purchasing decision, they will surely look at the different features that every product has to offer.

The argument that dials are better than buttons itself needs to be examined as well. Let’s take the example of microwave popcorn. A microwave oven may have a popcorn button, or it may have just a rotary dial. Microwaves vary in power levels and specifications, and there’s no set standard when it comes to how long it may take for your particular oven to properly heat the bag of popcorn without burning it. More often than not, this leaves the user with the option of trial and error. One or two bags of popcorn may have to be sacrificed before the user understands the time their particular microwave takes to heat a bag of popcorn.

So, the popcorn button isn’t exactly reliable. But what about the dial? Suppose the user wants to heat the bag for 90 seconds, but the dial does not allow finer grained time settings, that restricts user choice. The user is left with performing extra operations like constantly monitoring the time elapsed, and stopping the oven at a particular instant manually, supposing that a manual stop function is available.

There are clearly some important discussions that come up from this:

The blog post titled “A Lesson in Control Simplicity” has a great comment thread about these discussions.

To summarize, there seem to be too many steps involved while using a microwave oven these days, which makes one think that perhaps a simpler approach is what’s required. The buttons are flat, and give no feedback whatsoever. A dial seems to be very simple, but it may over-simplify.

Perhaps there’s a need to put more thought into it. Maybe we shouldn’t try to design a microwave oven interface that does absolutely everything for the user. To go back to the popcorn example, most people just hear for when the popping slows down, to turn off the oven. It’s not all bad to involve the user here. What if the user was just given the option to start, stop, and set a particular cooking time, and for flexibility, an add 30 second button.

The microwave oven made me think quite a bit about the factors that influence modern interface design. There’s a marketing side, an engineering side, and a design side. Clearly, there needs to be a significant human factors side as well.