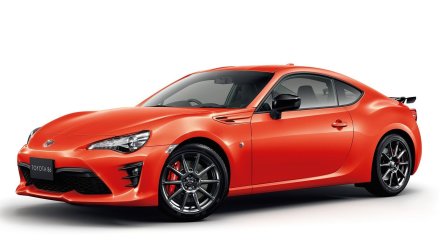 Sometimes in life, I am inexplicably drawn to things. I just want them, and I don’t know why. I realized this when I watched a video review of the latest Subaru BRZ (Same as the Toyota 86 and the erstwhile Scion FR-S). I’ve gone into some detail about why I like cars and what they mean to me, but I wanted to talk about the concept of wanting something, in general.

“An artifact of an impressionable childhood mind”

When I was a child, I wanted a lot of things. A lot of different bits and baubles, a lot of shiny toys. My parents were nice enough to get me a lot of these toys, but I always

This figure sits on my desk. 10-year old me would freak out if he saw it.

wanted the newest thing that caught my fancy. Now that I’m a little more grown up I realize it was because the advertisers were doing a great job at making their product look desirable to a young impressionable mind (perhaps that’s a little manipulative, but I digress).

I wanted a whole host of things as a child. Action figures, Hotwheels tracks, video games, and gaming consoles… the list goes on. I wanted it all; but I couldn’t have it all, of course— my parents didn’t want to spoil their child. I couldn’t have whatever I wanted, and the want was so intense— as childhood brains tend to work, it made me want those things even more. A huge part of my childhood was me wanting the latest Batman figure.

I rarely feel that intense want of something anymore. Perhaps it is because I grew up and toys aimed at children don’t appeal to me anymore other than the occasional sentimental value. I do have a Batman figure at my desk at work, but I don’t feel intensely about it. Perhaps it was too easy to procure. Or, perhaps I’m not a 10-year old who wants to build a huge action figure collection anymore.

As I grew up, those feelings of temptation or intense wants grew fewer and farther in between. These days I only “kind of” want some things, and I mostly only think about the things I need. The last time I remember wanting something intensely was when Android smartphones were relatively new, and all I ever wanted was to be a gadget reviewer so I could have the latest phones without having to pay for them— the coveted “review samples”. But, that was when I was a kid in college— now I have a job. A combination of financial independence and Android-powered gadgets losing their novelty washed that “want” away.

“What we do here is go back”

The waning intensity of my wants is why I was so surprised when all of a sudden, I was in the throes of temptation once more, as I first saw a video featuring an orange Toyota 86. A rather beautiful looking car, close to some of those old Hotwheels cars I used to gawk at on store shelves. “Not the fastest car, but a fun car to drive,” the reviewer said. I kept looking at the car, and as I saw its badges and trim pieces, its sparse interior, and its little digital speed readout I couldn’t help but feel a mix of positive emotions wash over me. I didn’t know why, but I wanted it. I just wanted it.

So I watched this one video. Then another video. Then the next—and I kept watching others talk about this vehicle, its lack of power, its affordability, its fan base and before I knew it I was window-shopping online, looking at listings, imagining myself behind the wheel. I reveled in this sensation like I’d met an old friend. But then I stopped myself.

As I have gone over in a previous post, buying a car doesn’t make much practical sense. I am getting by just fine without one. I’m a grown up now, and adulthood is all about being responsible. About staying the course. About making a long-term goal and sticking with it till it comes to fruition. A moment of whimsy is nice to have once in a while but in the end, I have to put the blinders back on and focus on what’s important. What I truly need. I can’t just give in to temptation and live to regret it— I need to think about grown-up things now, like savings, and investments, and Demat accounts and credit scores and interest rates and rates of return, I need to make sure I have a plan for “wealth creation” and let the gods of compound interest help push me through life comfortably like a middle-aged man on a pool float, sipping a pina colada and soaking in some sun on a lazy river ride.

A car is to be bought only when I absolutely need one, and all it can be is a utensil, a utility, something that takes me from point A to point B, has a good resale value, great gas mileage, and the best reliability. I have to sit down with the child inside me and have a talk about the really important things in life. I have to tell myself that the joy of having overcome temptation is greater than giving into it.

But why don’t I believe it?